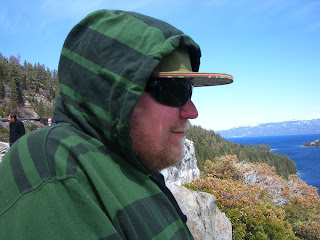 Welcome back to the east coast Morgan!
You may notice a few changes to Sunday River's terrain parks: the jump line in Starlight, the whoop-dee-doos in Who-Ville, the smooth layout of Jib Park.  That's all thanks to Morgan Rudd, Sunday River's new Terrain Park Manager.
Morgan grew up just down the road in Lovell, Maine, and learned how to snowboard at age 10 here at Sunday River where he was a natural from the start.  After graduating from Gould Academy, where he competed in snowboarding, he spent four years at Sierra Nevada College studying environmental science and working at Northstar at Tahoe on their terrain parks crew.  That's where he found his niche.
At Northstar, Morgan spent seven years doing all things terrain park, from hand staff (setting up rails by hand) to night shift foreman to building and grooming to snowmaking- a lengthy list of resume builders perfectly suited for any future terrain park manager.  Luckily for us, when Sunday River started looking for a new park manager we were able to snag this Jack-of-all Trades and bring him back east.  Why did he choose Sunday River after being offered several jobs at other resorts around the US?
"I came back because I know the area and it's my home," Morgan says.  "It's My Happy Place."
Morgan certainly brings a fresh perspective to sunday River.  His vision fro Sunday River's future is to bring more progressive builds to the resort's current park scene and to make the parks more family friendly, "but still be fun for the top 10 percent of skiers and riders out there," he states.
For Morgan, it's not just about the features. it's all about the snow quality, which starts with snowmaking .  His past experience as a snowmaker gives him the knowledge to process the snow before building anything in order to make the best product possible.  then it's just maintaining the product with groomers.
"Any day you ride in the park, it will be the best snow out there," he says.  "In parks, we don't have the whole mountain to groom so we get to spend that extra time slowly grooming and putting forward solid quality."
So whether you're hitting Who-Ville for the first time, jibbing your way through Jib Park, or flying through the air in Starlight, be sure to thank Morgan and his Park Crew for all the hard work they put into it.
We love that Morgan will have time in the off season to continue his work in pottery. 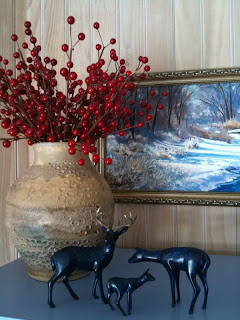 Pottery by Morgan Rudd,  painting by Carol Novotne, bronze deer by Michael Tatom all available at Harvest Gold Gallery on route 5 in Center Lovell over looking Kezar Lake and the White Mountains of New Hampshire and Mount Washington.